Back in the 1800s the Isle of Arran was home to many illegal stills, each producing incredibly good spirit. The original Lagg distillery closed in 1837, being the last legal home of whisky on the island until the opening of Arran Distillery in 1995.

Arran Distillery was founded in 1993 by Harold Currie and by December 1994 work started to build the distillery.
In 1995 whisky production officially started and distillery opened on August 17th.

It was in 1998 that the first cask of Arran Single Malt was opened, after 3 years of maturation: on 25th July, Scottish actor Ewan McGregor celebrated the opening of the first legal whisky on Arran after 160 years.
This same year the first 3 year-old Arran malt was released.

After an unofficial launch in 2005, Arran Malt 10 year-old was released for sale in Spring 2006, as well as a couple of new wood finishes.

In 2010, the official Arran 14 year-old was released along with Rowan Tree, three cask finishes and Machrie Moor, bottling of the peated expression od Arran.

A 17 year-old Single Malt Scotch Whisky was released in 2014 as well as Machrie Moor cask strength, two years after the launch of The Eagle and The Devil's Punch Bowl.

Celebrating the 21st anniversary, a special limited edition was released in 2016; the same year the first ever core range 18 year-old was released.
2016 also comes with the expanding of the Arran distillery, which is improved with two more whisky stills.

On August 1997 Arran opened the Visitor Center, inaugurated by Her Majesty The Queen and during the ceremony, two casks were presented to her for Princes William and Harry.

In 2014 the Visitor Center was awarded "Distillery Visitor Experience of the Year".

One year later, the Visitor Center of the Distillery won the same prize for a second time. 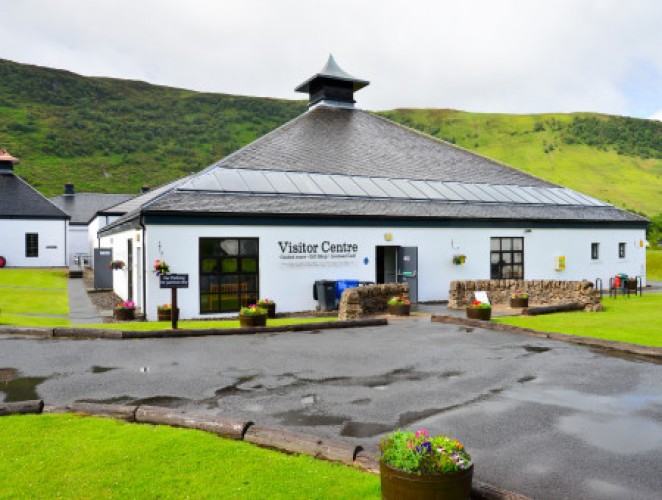 Arran Distillery is equipped with a 2.5 ton semi-lauter mash tun with a copper canopy, six Oregon pine washback with an average fermentation of 60 hours and 2+2 stills. After the installation of the additional 2 stills in October 2016, the total distillery capacity is up to 1.2 million litres.

The core products consist of:

More from this Brand