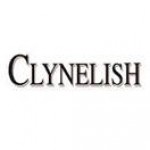 A legendary and cult whisky. The original Clynelish distillery closed in 1969 and was later used to make Brora. A new one was built the same year and made modern Clynelish. The original, pre-Brora Clynelish is the stuff of legends. Incredible bottlings of it were released by Cadenhead and Signatory - mostly 1965s. There are also quite a few official bottlings at 12 and 5 years of age with the old white label. Most of these can be terrific as well. The most emblematic are perhaps the cask strength official versions bottled Edoardo Giaccone. These original Clynelish are hugely waxy, punchy, mineral and austere with a vibrant sooty, coastal character and more than a hint of peat. The whisky since 1972 has also been quite remarkable, waxy, citrusy, coastal and wonderfully complex and individualistic. Aged examples from numerous bottlers exist and many are terrific. There are also many casks from the early 1980s vintages which are spectacular as well