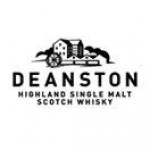 One of Scotland's more modern distilleries, built in 1967 it has never garnered the most glowing reputation due to some odd cask selection in the official bottlings over the years and a general perception that the character could be a little 'strange'. There are however some very lovely examples of Deanston out there, excellent examples have been bottled by The Whisky Agency, Thosop and Berry Brotthers. Even the distillery in recent years is giving it a little more care and attention so the official bottlings are now better than they've ever been. The character is very much Highland in style, dry, crisp maltiness, with a little wax, farmyard notes and grassy qualities. Worth seeking out the good bottlings.