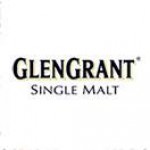 One of the legendary names of Speyside. Glen Grant has been bottled as a single malt for much of its lifetime. There are examples to be found stretching back most of the 20th century. The character has veered from peaty, waxy and resinous in the pre-war years, to fulsome, often sherried and exuberantly fruity from the late 1940s to the mid-1970s. And then more cereal, buttery and redolent with greeen and citrus fruits from around 1980 until the present day. The most prolific bottler of Glen Grant is undoubtedly Gordon & MacPhail who have bottled it under licence from the distillery for over a century. There are literally hundreds of different vintages, age statements and strength variants of Glen Grant from G&M over the years, very few are anything less than magnificent. Most bottlers have a few good Glen Grants in their back catalogue. If you can find a Glen Grant from the early 1970s or before, then you'll have at least a delicious dram and very likely a brilliant one