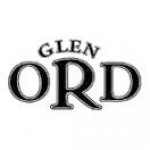 One of the great misunderstood names in whisky. Until around 1980 Glen Ord's character would rival that of Clynelish for an old style, hugely fruity and quite coastal old style highlander. Great bottlings such as the official Special Releases 30 year old, the Samaroli Ord Bouquet 1962 and a number of older bottlings by Cadenhead remain masterpieces of this style. Similarly the official 5 and 12 yeear old bottlings of this era are usually nervous, fruity and waxy beauties well worth seeking out. Even some more recent bottlings from the later 1970s and early 1980s are terrific. More recent examples are scarcer and the character is not as vividly 'Highland' as it once was. But the quality of the whisky often remains high