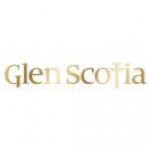 Another somewhat 'unloved' distillery that can often surprise and delight. Sitting in the shadow of the mighty Springbank it is easy to see how it has been overlooked. The character is not immediately 'Campbeltown' but rather a softer, often gingery, lightly fruity, dry coastal style. The best bottlings are single casks distilled in the early 1970s, examples from Malts Of Scotland and The Whisky AAgency are the best. The old official bottlings from the 1960s are very rare and hard to find but well worth trying as they reveal a more old style, peatier Glen Scotia. More recent examples from the early 1990s by the SMWS, Signatory and Berry Brothers have also been excellent and show the distillery in a far better light than many of the official bottlings which have suffered over the years from poor cask selection