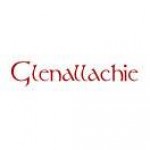 One of several Speyside distilleries which can often make excellent whisky but rarely gets much of a mention. Most 1960s and early 1970s bottlings of Glenallachie show a wonderfully resinous fruity side, often with more than a little sherry influence. They can be lusciously fruity with a beautifully beehive like waxiness. Later examples show a nutty, malty richness and plenty of natural, juicy sweeetness. There are many solid examples from a broad spectrum of independent bottlers.