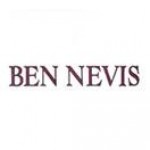 Long considered something of a 'rogue' distillery, Ben Nevis is isolated not only by its geography but also by its idiosyncratic, full-bodied and quite distinctive character. An oily, waxy, gently peaty and unusually fruited whisky, not all bottlings are great but it is certainly never boring and the best can be spectacular. A distillery with many admirers, its reputation as a bit of an underdog hhas won it many fans over the years. The best bottlings tend to be the 1960s single casks, the quality of which is generally very fine. Terrific examples were bottled by Douglas Laing, The Whisky Agency and the distillery themselves over the years.