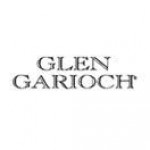 One of the jewels of the Highlands, Glen Garioch was, prior to 1975, often a remarkably heavily peated whisky. Many bottlings of it from vintages such as 1965-1972 are considered masterpieces of this old Highland style. In particular the legendary 1971 Samaroli cask strength bottling and the official single sherry cask bottlings from the late 1960s are almost universally spectacular. After 1975 thhe distillery went through some difficult years in the 1980s but emerged again around 1988 with a fulsome, oily and richly spicy Highland character that has produced many terrific bottlings since. Nowadays there is no shortage of high quality examples of Glen Garioch from the early 1990s. Bottlers such as Adelphi and Berry Brothers in particular have sourced some excellent examples.